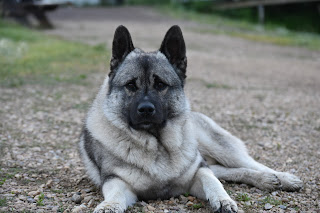 Sage lived with David Carter out in the west end of the Cypress Hills at Saint Margaret's Church where Sage allowed David to be his pack leader.  He was quite a sweetheart and if he really liked you he'd let you give him a tummy rub.

Sage would keep an eye on me while I was weeding and gardening around the church...that is, until a ground squirrel would pop up it's head and then he'd be off on a chase.

Sadly, about a month ago Sage was attacked and killed by a cougar about three times his size.  He didn't have a chance. I miss seeing him on my trips out to the church.  His ashes will be both spread and buried in the cemetery there.  Sage was only five years old.

His spirit is now guardian of Saint Margaret's for all time. 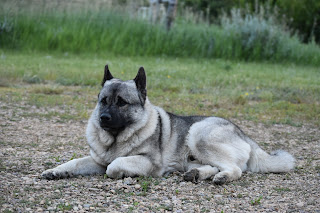 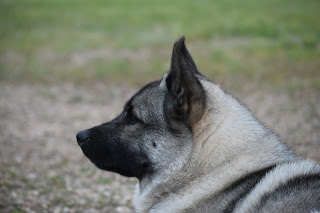 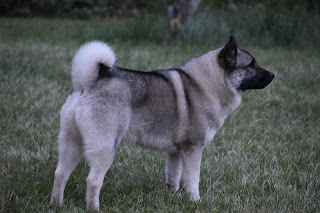 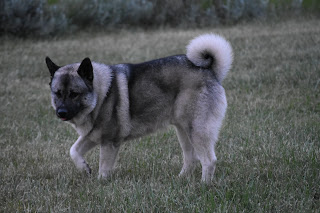 The wonderful photos of Sage shown here were taken by Geneviève Côté in late June and early July of 2018.  I thank her deeply for capturing Sage at his most natural. 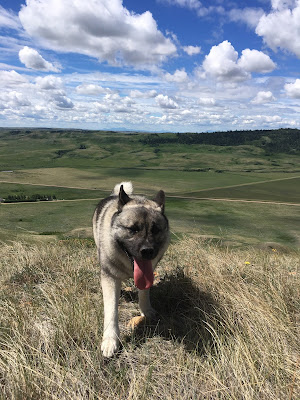 Whew!  That was a long way to the top of the hill! 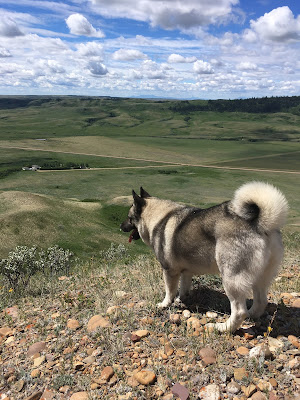 David Carter has written a booklet for children of all ages about Sage and will soon be available on his website here: https://djcarter.ca/

If you're in Medicine Hat you can often find David at the Farmer's Market on Saturdays at the Cypress Centre but...funerals at the cemetery take precedence over market appearances.  Proceeds from the sale of the booklet will go to support the SPCA and Saint Margaret's Church and Cemetery (a non-profit organisation). 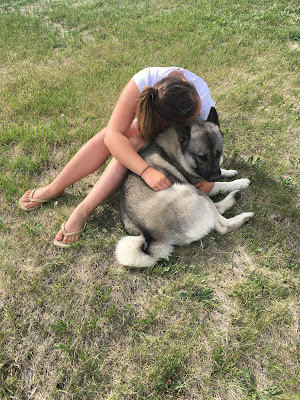 Photos from road trips and more.